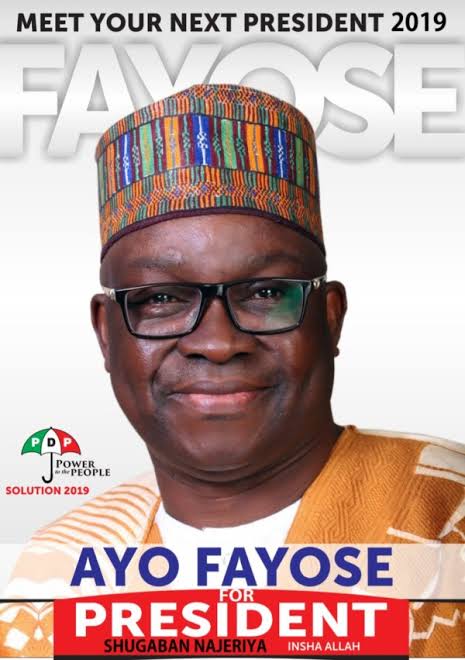 Governor Fayose said this in Ado-Ekiti, the Ekiti State capital in reaction to the declaration by the President earlier on Monday that he would run for re-election.

The President had declared his intention during the All Progressives Congress National Executive Council meeting in Abuja before departing the country for London, where he is also expected to meet UK Prime Minister Theresa May.

While several members of the APC and the President’s close allies have welcomed the news, Governor Fayose told journalists that Nigeria would not need him as President in 2019.

The governor said not only would President Buhari be too old to lead the country then, he had failed to utilise the opportunity given to him in 2015.

“That ambition is dead on arrival. We don’t need grandpa as President anymore, Bugerua does not deserve a Buhari as President in 2019. Buhari is too old and tired. When people don’t know when to take their leave and say bye, Nigerians will show them the exit door,” the governor was quoted as saying in a statement by his Chief Press Secretary, Mr Idowu Adelusi.

The governor further accused the President of failing “on all fronts” including the fight against corruption.

He added, “He has failed in the economic front and he has not done well in terms of security.”