Not fewer than 11 people drowns in River(Read More) 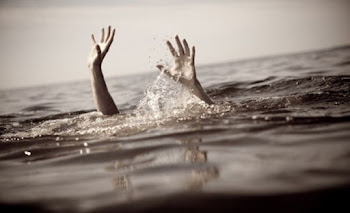 The Police Command in Jigawa said no fewer than eleven persons had drowned in various rivers in the state in the last one month.
A statement issued by the spokesman of the command, SP Abdu Jinjiri, in Dutse on Tuesday described the number of people drowned within such period as “outrageous”.
“The police has decried the outrageous number of people drowned in
rivers in the state in the last one month.
“No fewer than eleven of such incidents were recorded in some parts of the state.
“The Jigawa police command has expressed serious concern over the spate of drowning in the state, as no fewer than eleven of such ugly incidents were recorded in places such as Ringim, Guri, Kiyawa, Dutse, involving children and adults alike within the last one month.
“It is the sincere advice of this command that people who are not conversant with swimming should desist from bathing or fishing in any pond or river,” Jinjiri said.
He also urged parents and guardians to monitor their children or wards sent on errands so as to reduce the disturbing incidents of drowning to the barest minimum.
(NAN)

So Sad! Father of 5 Hangs self after church service