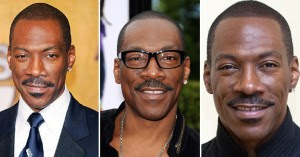 Reports that actor and comedian Eddie Murphy died in a car crash at the age of 54 are false . The comedy legend is the latest victim of a celebrity death hoax.
According to Snopes, the fake claim originated on Link Beef, a fake news and satire website that
shares celebrity death hoaxes. The article claimed that Murphy was killed in a car accident in California when a Porsche crashed. It purported:
Edward Regan Murphy popularly known as Eddie Murphy, a U.S actor, writer, producer and comedian who has starred in over 50 films, has been killed in a
car crash in California.
Murphy, 54, was said to have died in a car crash after he was in a Porsche sports car driven by a friend – who also died – when it crashed north of Los Angeles.
The Los Angeles County Sheriff’s department said the crash happened in the community of Valencia.
The car was to be said found engulfed in flames when they responded to a report of a collision. Two people found in the car Murphy and his friend were pronounced dead at the scene.
The deputy sheriff said…
“He was a passenger in a friend’s car, in which both lost their lives. We… are stunned and saddened beyond belief by this news.”
Paramount Pictures also issued a statement, saying studio staff were “heartbroken” by Murphy’s death.
“Eddie was truly one of the most beloved and respected members of our studio family for 24 years, and this loss is devastating to us and to countless fans.”
“We send our deepest and most sincere condolences to Eddie’s family.”
Eddie Murphy was born by his mother and father lillian and carles respectively and raised in the Brooklyn neighborhood of Bushwick.
His mother, was a telephone operator, and his father, Charles Edward Murphy, was a transit police officer and an amateur actor and comedian.
Around the age of 15, Murphy was writing and performing his own routines, which were heavily influenced by Bill Cosby and Richard Pryor.
He will be remembered for his roles in such films as Shrek, The Nutty Professor and Dr Dolittle to name a few. Eddie had played a role in over 50 movies through his career.
The article also included fake statements from Paramount Pictures, DreamWorks and Murphy’s ex-wife Nicole Mitchell. There is no truth to the report—Murphy did not die in a car crash. Other celebrity death hoaxes have included Adam Sandler , Andrew Lincoln, Reginald VelJohnson and more.
Details of the Eddie Murphy death hoax are taken verbatim from a report on the deaths of Paul Walker and Roger Rodas, who died in a car crash in Valencia in 2013. The “Fast and Furious” actor, who was a passenger in the Porsche, died at the age of 40.
The death hoax gained popularity shortly after Murphy’s brother, Charlie Murphy , died. The “Chappelle’s Show” comedian died at the age of 57 after battling leukemia. Murphy previously told Variety that Charlie was his “best impression.

Ajala the traveller – Ever thought where the phrase came from?